I played a solo game of Bag the Hun this evening with my 1/600 scale planes from Picoarmor.  It was a simple meeting engagement, a section of four Hellcats ran into a section of four Zeros. It turned into quite the furball real quick. 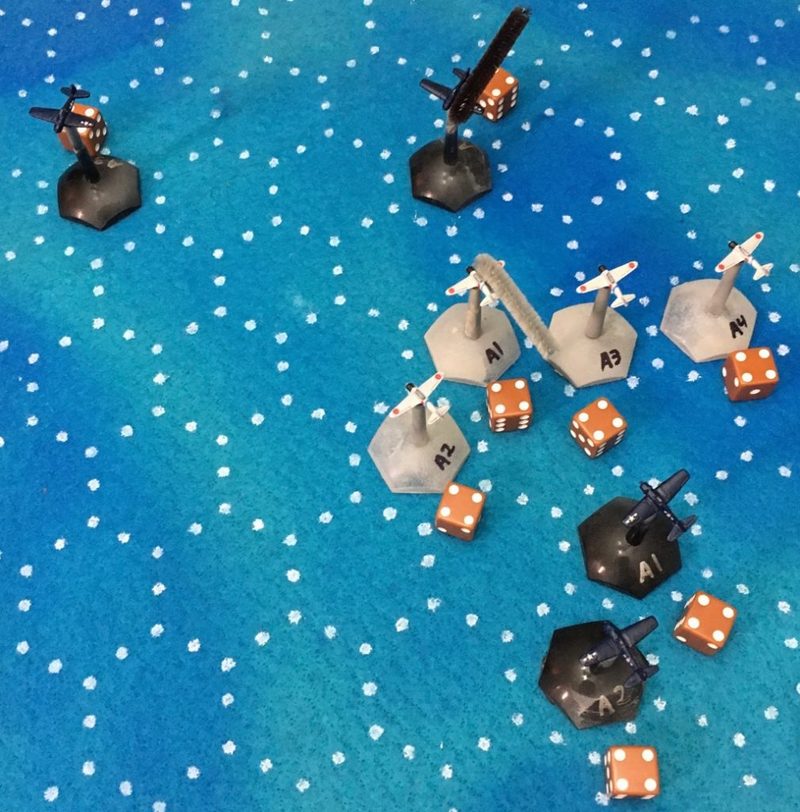 Things got bloody in a hurry.  By the end of turn 1, the American newbie pilot’s plane was torn to pieces, and the American section leader managed to put some shots into the cockpit of the Japanese leader, wounding him. 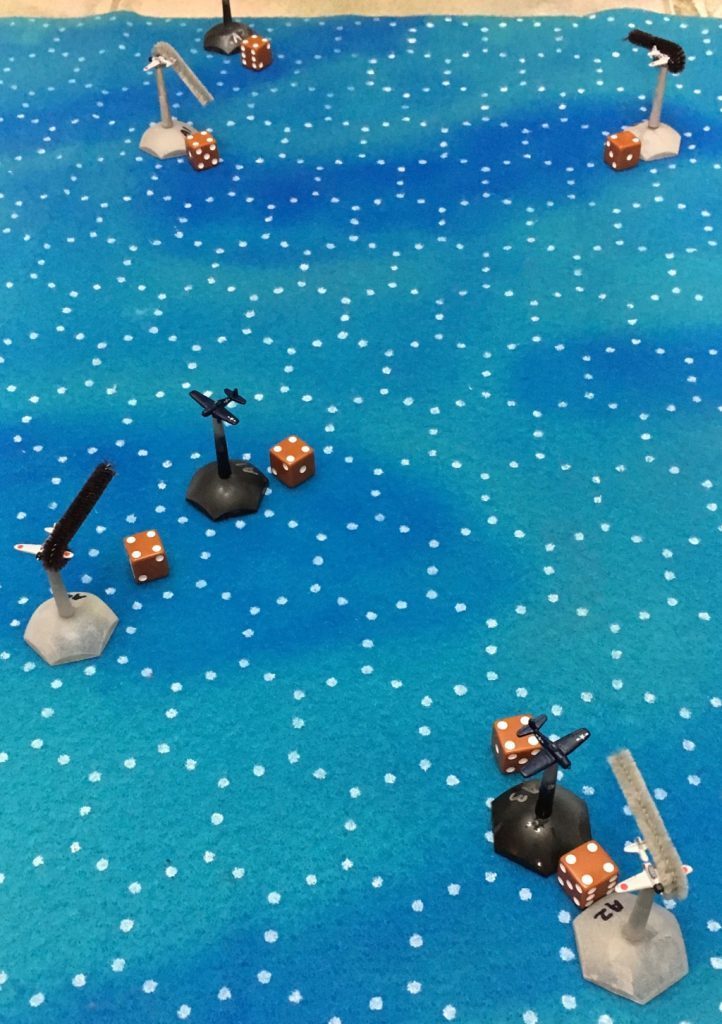 In turn 5 the American section leader broke for home. Unable to keep up and worried about the other two Hellcats, the Japanese leader turned for home as well. The remaining Americans, out of position for a chase, turned to follow their section leader.

I’ve put together a section record sheet so I can keep the data for four planes at once. It fits on a letter size piece of paper and makes it much easier to play.  Here are the sheets for these two planes: