The answer is, not much of anything. Various things have kept me from the painting table, and so I haven't had much of anything to say here. But now I've made some progress on some projects, so here we go again. 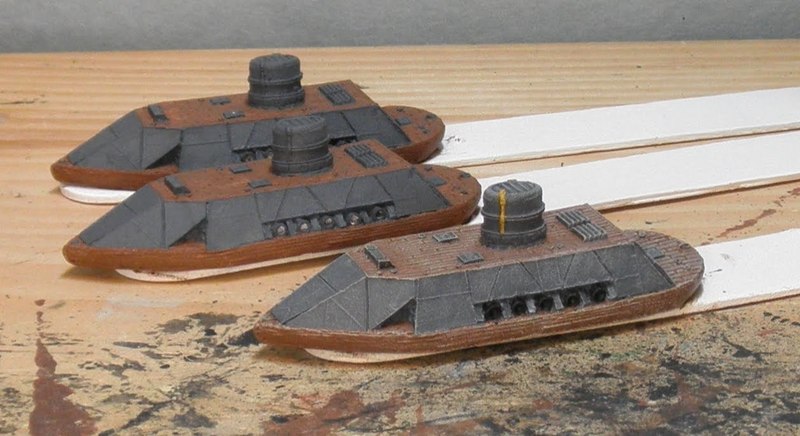 Here I have a test paint of a Dwarven ironclad for Uncharted Seas, which Ed got me interested in recently. Behind it are the other two cruisers from the Dwarf starter set, waiting for drybrushing and detail work. Once they're clearcoated I plan to use dot filters on the metal armor panels to make them subtly different. I expect it to work, but we'll see. I have some destroyers and a battleship (the rest of the starter box) to follow these, and an Imperial starter box to paint up as well. I want to make sculpted water bases for the ships, which will be a new thing for me. 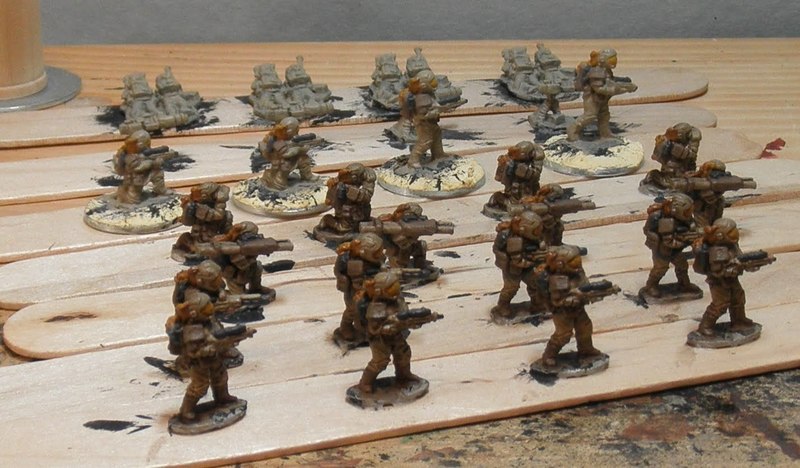 Next up are Rebel Minis' Earth Force Marines, done up in a desert/scrubland scheme. The four sticks in front are done, the fifth stick needs a wash, and the heavy weapons and sniper teams in back are just basecoated. This is about half the pack, I have eight more sticks that aren't in the picture. Four (including the ones pictured) are basecoated, two just need washes, so I should be done with these pretty soon.

I finally figured out how I will base my 6mm Seven Years War figures: 20mm x 25mm bases from Litko, with figures based three ranks deep on a stand. I plan to use these with the Batailles de l'Ancien Régime rules, to see how the table looks with something closer to a 1:1 figure scale. This will actually come out to 1:4, at 1:1 a battalion would be unmanageably big in 6mm, stretching four feet across the table. Doesn't someone make 2mm 7 Years War figures? :) 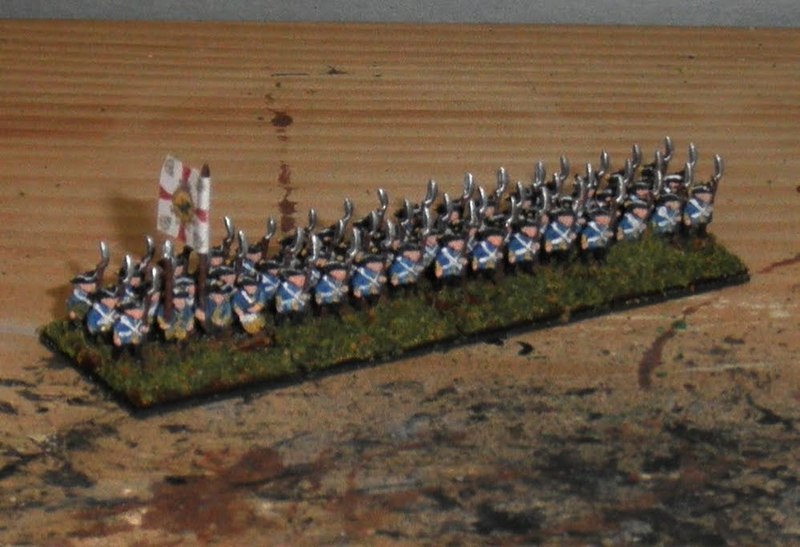 One regiment; I've got notes around here somewhere saying who these guys are supposed to be, but I don't remember off the top of my head, other than Prussian. I'll find them again when I don't need them, or the painting notes that are with it. Each of these stands will count as three figures in BAR, and casualty rings or markers of some sort will mark stands with partial casualties. 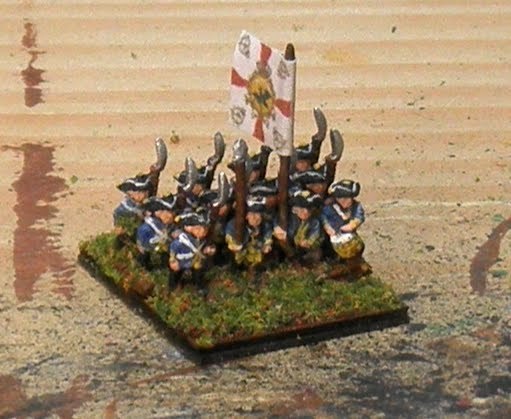 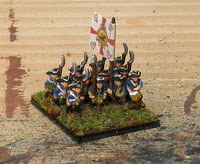 The unit's flagbearer and drummer, or at least one of them. There's one more stand on loan to Jay, who wanted to paint up the French figures I bought along with these. All of these figures are by Baccus 6mm. 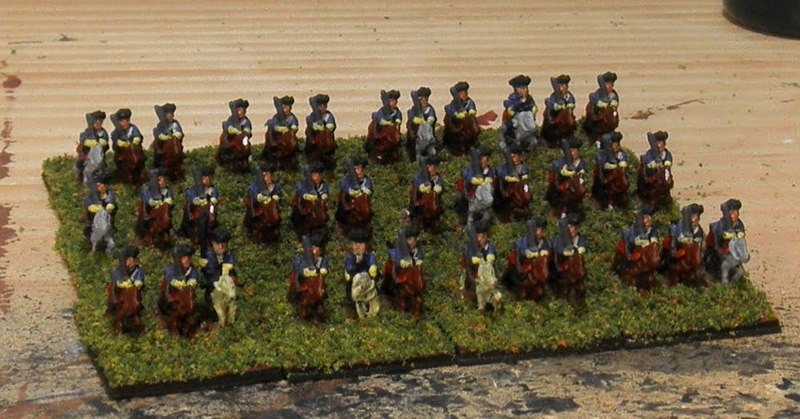 A cavalry squadron of 12 stands, each stand counting as a single cavalry figure in BAR. I'm not entirely happy with the horses, the greys and bays may get pulled out and repainted. Basing was simple: I glued the figures to the Litko base, then glued down sand to smooth the bases up to the strips. I painted it all with brown ink, then glued on a mix of Woodland Scenics earth blend and green blend flock. I'll stick some static grass on soon, and hit it all with a thin layer of pva glue to lock the flock down. 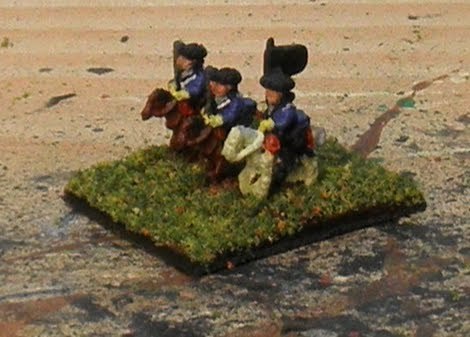 The cavalry banner, still awaiting paint. I'll probably find an appropriate banner image somewhere and print it on label paper rather than trying to paint anything that small by hand. Or maybe I'll print it on decal film and basecoat the banner white. I'm not sure yet.

Artillery and crews in progress. I'll base each gun and crew as a single unit, I may have to go up to a 25mm square base to fit them all in place.

So that's where I'm at. I've got some plans for the future, and Jim and I are scheming on a Bayou Wars game that may require me to break out my Hirst Arts block molds in addition to painting up some more figures that have been waiting on the sidelines. And the Martians should see some more time on the workbench soon as well.