The warband starts with four Heroes and two Followers.  There are tables that let you randomly select your heroes, but I chose them based on my figures.  Each hero gets rolls on several tables based on their background to determine initial skills, stat bonuses, and available equipment.  I won’t go into detail on the character creation rolls.

After creating my warband, I need to make a map of the campaign region.  There is a set of tables to roll on (or pick from) to populate the map.


From the village tables, I learn the region has 5 villages:

I chose three major threats, based on the miniatures I have:

Each of these threats has a Camp shown on the map, and a Hideout that is hidden until I spend Adventure points to find it.

In addition, there is a Delve (ruined keep, mine, dungeon, or similar) and an Unknown Location that I place on the map.

It isn’t necessary to put all this on an actual map; you can use a simple list to keep track of the locations. But since that’s no fun, I took one of Dyson Logos’ maps and marked my locations on it, as you can see below. 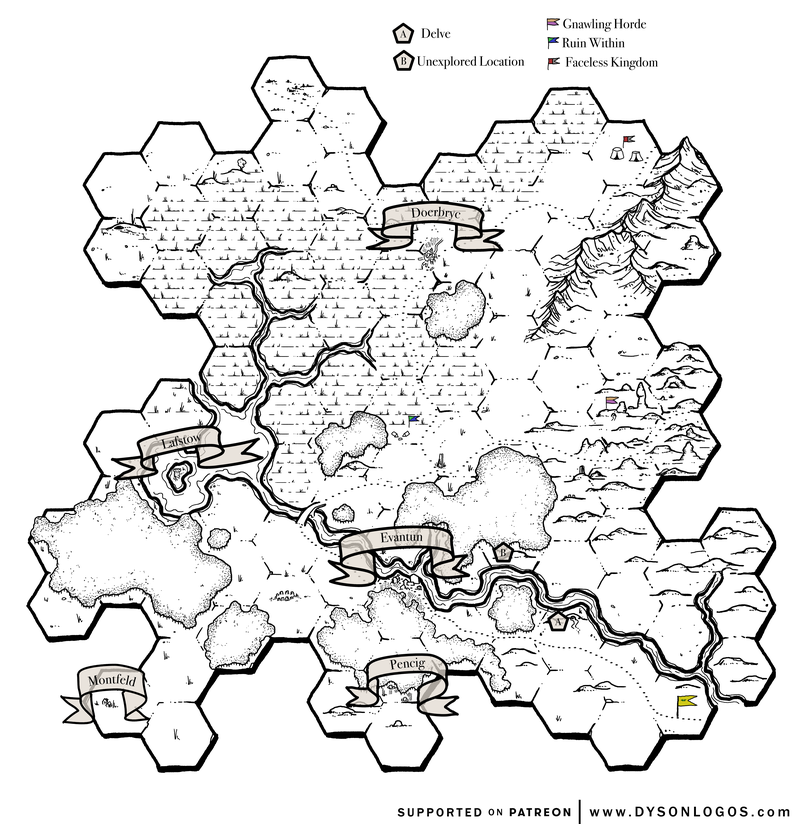