On turn 3, the crew started out with no casualties and 26 credits.

Tine examines the Strange Artifact, tracks down some local experts in alien artifacts (spending 3 credits), and learns that it is an Alien Combat Serum. She puts it way for future need.

Diana explores the port settlement and manages to pick a fight with a local Unity garrison lieutenant, gaining the crew a new Rival.

Britt brought the crew a new Rival of his own, some new vigilantes followed him to New Olympus and want to bring him in for theft. Six vigilantes track him down on the outskirts of town and have another go at him. There is also a Curious Item near the center of the table, I'll find out what it is at the end of the game if I win. 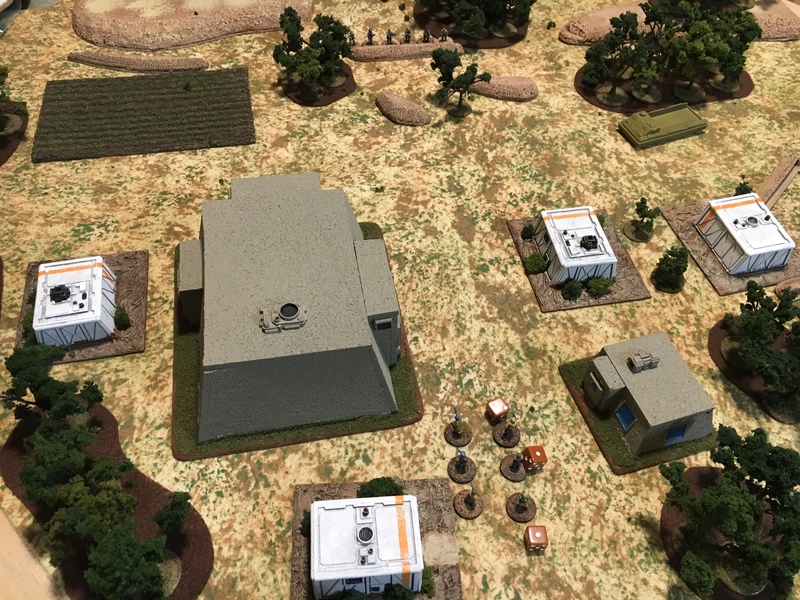 Start of the first turn. The Fool's crew are at the bottom, the vigilantes are behind a low rise at the top. Yared, Reda and Diana (all on the left) get initiative and act first. 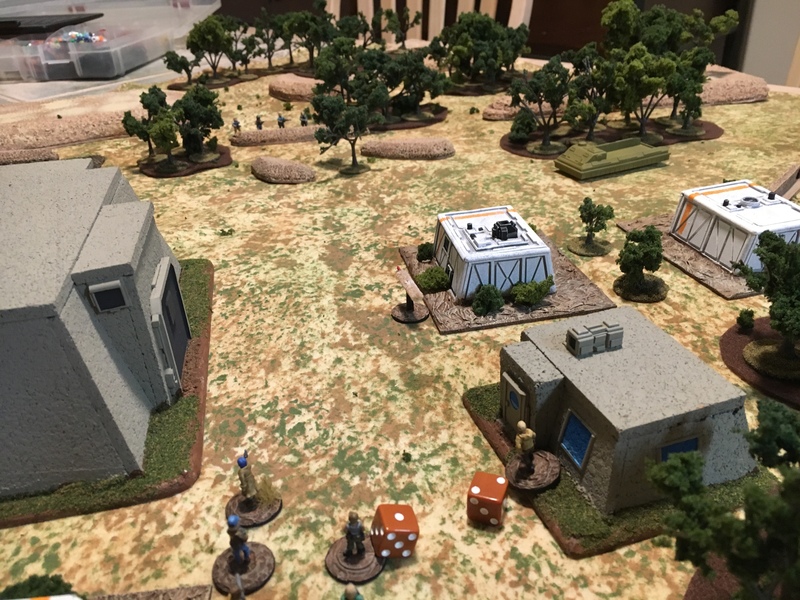 Yared fires at one of the vigilantes, but misses. 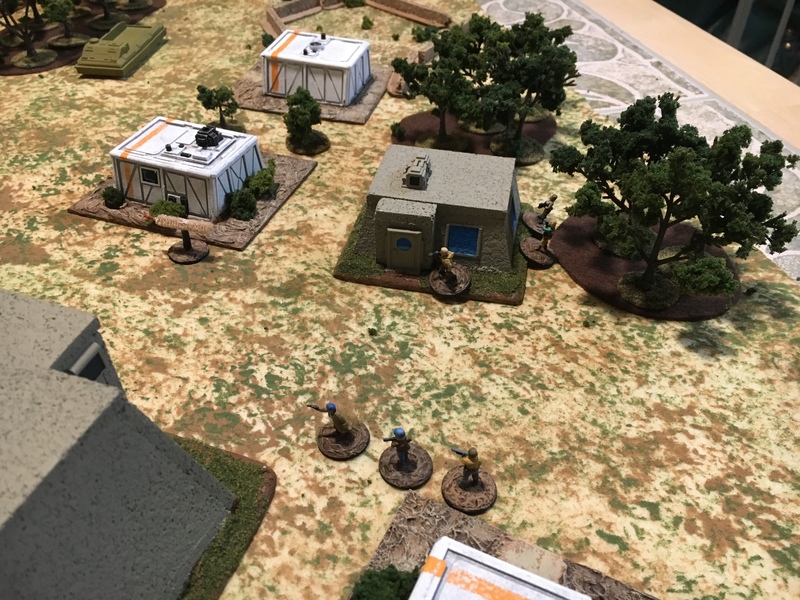 Reda and Diana both move to the right behind the building. 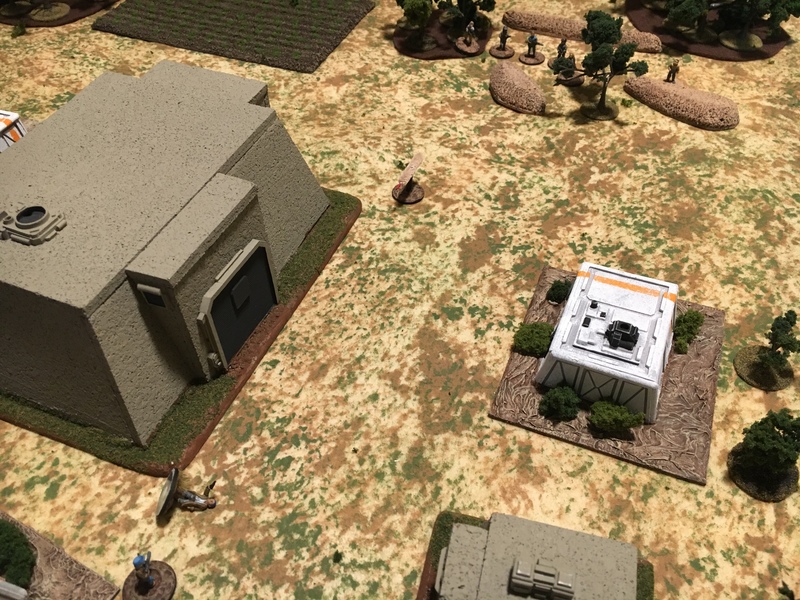 The vigilante boss fires at Jase, hits him, and would have knocked him out. Jase uses his one point of Luck to avoid the result, but it doesn't do him any good. He's the only target for the rest of the vigilantes. The lieutenant and a rifleman shoot at him and miss, then the guy with the autorifle hits him and knocks him out. The rest of the riflemen fire at Tine and miss. 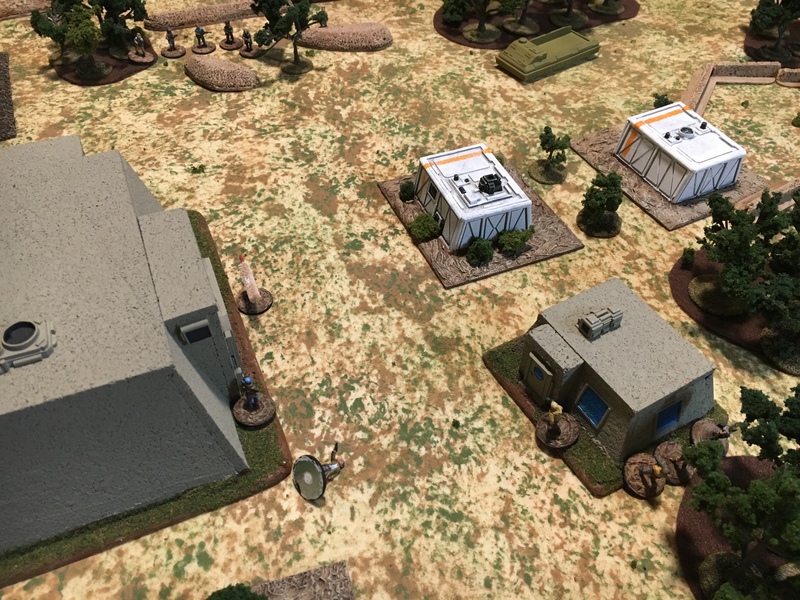 Tine moves to cover against the big garage and fires but misses. Britt runs across the street to follow Reda and Diana. 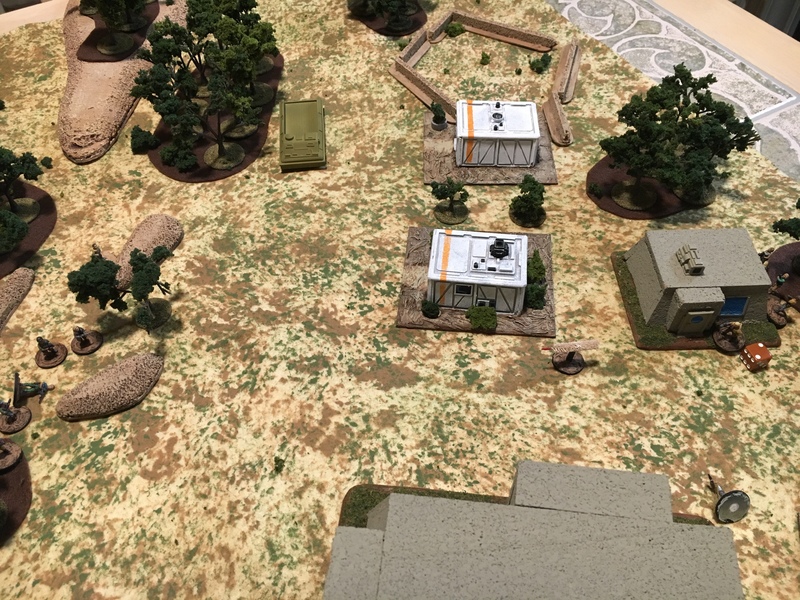 Turn 2, Yared gets the initiative. He hits the enemy auto rifle gunner twice, stunning then knocking him out. Tine shoots at the lieutenant and misses. 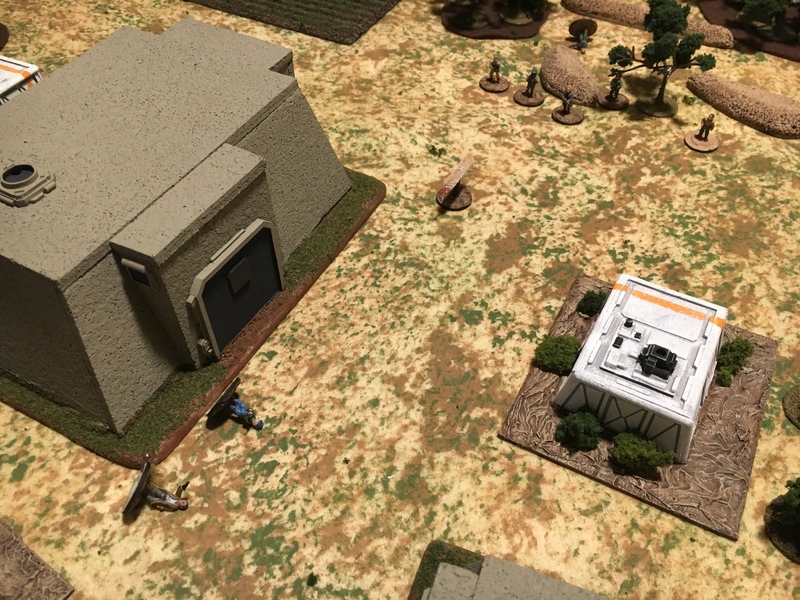 Tine is the closest target and takes the brunt of it. Everyone fires at her, with the last rifleman hitting her and knocking her out of action.

Reda, Diana, and Britt move up along the right side of the building.

The vigilantes test morale for the downed specialist, and fail. One more failure and they will run away. 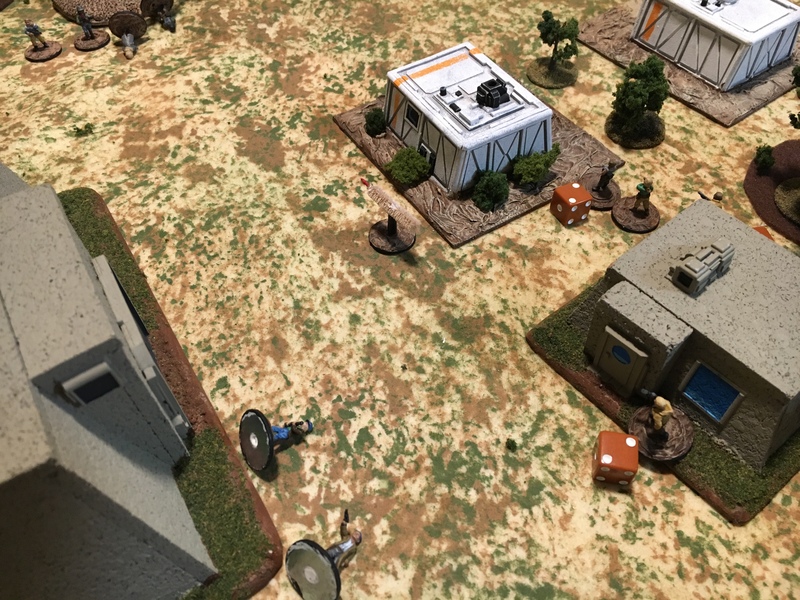 Turn 3. Yared shoots his rattlegun at the lieutenant. He hits 3 times, knocking out the lieutenant and another rifleman. Reda moves up to the corner of a building and shoots at a rifleman, stunning him. Britt shoots at the boss and misses. 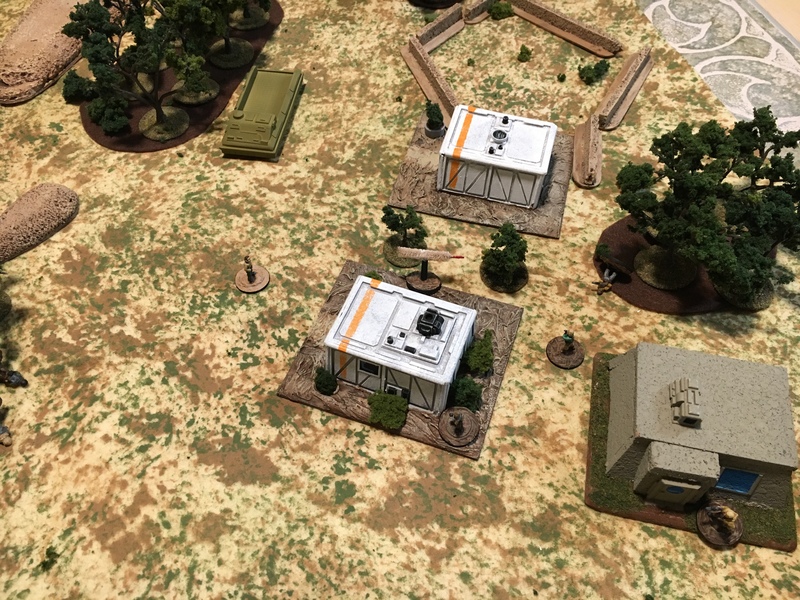 The boss shoots back at Britt and knocks him out. 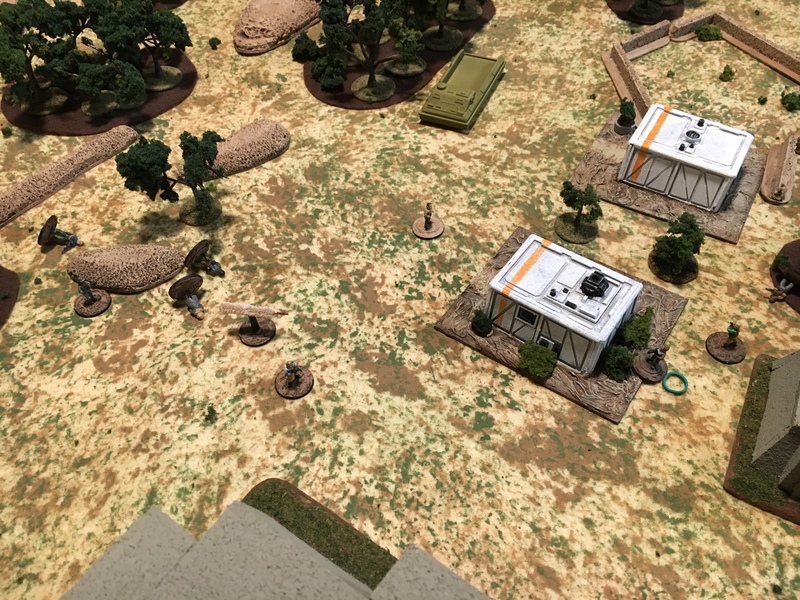 The last two riflemen shoot at Reda, stunning her. Diana shoots at the boss and stuns him.

The vigilantes test morale for the two downed men, and fail again. The boss, happy to see Britt down, orders his men to break off before they take more casualties.

I roll and learn the vigilantes are still Rivals. Hopefully we'll see why by the end of this part of the campaign turn.

We found 4 credits worth of abandoned equipment when the vigilantes pulled out, and a pack of psi-chems. The Curious Item was an uninteresting item worth 1 credit to a collector.

Jase received Minor Injuries, and will be out for the Crew Tasks phase of next turn. He will be available for the battle phase.

Tine received a Crippling Wound. Medical care cost 3 credits and 1 turn, so she will also be out for next turn's Crew Tasks phase.

Britt was simply Knocked Out, no recovery time required. Obviously the vigilantes learned Britt is ok and are still after him.

We bought some equipment, finding a rifle and dazzle grenades for a cost of 4 credits.

The campaign event left Yared in sickbay for a turn after he was injured working on the ship. He will be unavailable for the Crew Tasks phase next turn too (that's 3 people out now). After her fight with the Unity garrison officer and the vigilantes'vendetta against Britt, Diana rethinks her goals in life (character event). Her motivation changes from Freedom (getting out from under the thumb of Unity) to Discovery.