I’ve started working on crew members to use while playing a solo campaign of Five Parsecs from Home.  First is the captain, Jase Wardson.  He’s part of GZG’s “Free Trader Crew” pack, a set of not-Firefly figures. 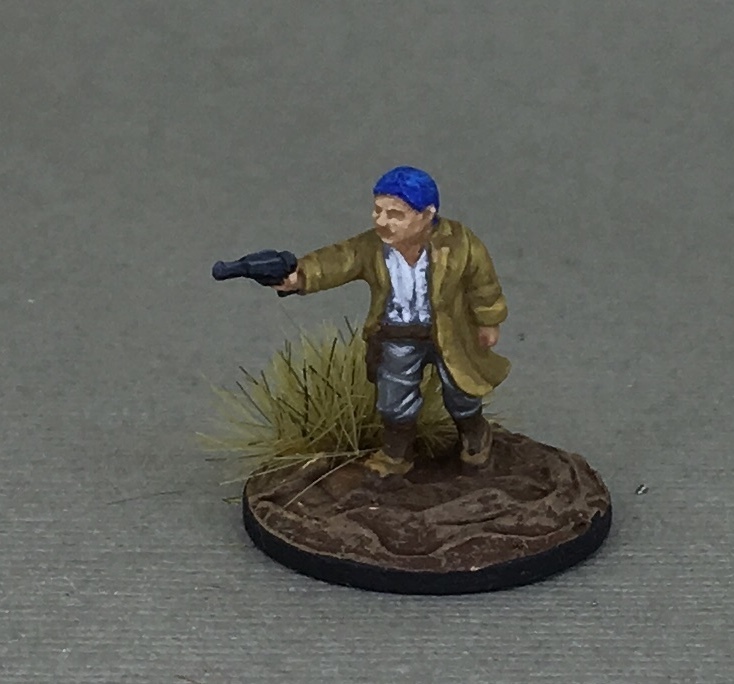 The rest of the crew will come along as I get them finished. I’m mixing this in with work on my 1/600 Battle of Britain planes and my stalled 15mm Tunisia game.